The Institute for the Deaf, built in 1897-1898 at the intersection of Doja and Virgil Madgearu streets, was preceded by the School for the Deaf, founded in 1885 in the Iosefin neighborhood by Karl Schäffer. Thanks to the amount left by will by the Roman Catholic bishop Alexander Bonnaz, the local authorities were able to build the Institute for the Deaf and Dumb. It was endowed with a boarding school with a capacity of fifty to sixty seats. Given that every year a number of 35-45 deaf children were moving in, sent from the State Asylum for Children, in a short time the boarding school of the institution proved to be too small. In this context, in 1912, the extension of the building was initiated.

With the beginning of the first world conflagration, many teachers from this institute were mobilized on the front. In fact, the Red Cross occupied the entire building in order to set up the first reserve hospital. In this context, the children were sent home, and the Institute for the Deaf and Dumb was closed during the school year of 1914-1915. In order for the school for the deaf to resume their activity, in the following school year a space was rented, located on Alexandru Odobescu Street, from Dr. Rudolf Menczer, and the children were left in the care of several families. The expenses of this action were paid by the local and central authorities. Currently, the “Gheorghe Atanasiu” Special Technological High School operates here.

The original building was built in an eclectic style, with a central body with a high ground floor and first floor, flanked by two side bodies on one level. Subsequently, the two side bodies were superimposed. The building has a series of neo-renaissance decorative elements. The façade of the building is made of plastered brick that mimics the Italian lugs, and the access is protected by a small trilithic structure with two columns with entablature on which the roof rests.

Josef Geml, The old Timișoara in the last half of the century 1870-1920, Cosmopolitan Art Publishing House, Timișoara, 2016.

Video
The Institute for the Deaf / Ghe. Atanasiu High School
Add your story

Stop 15: The Institute for the Deaf and Mute

May 14, 2013. I decide to clean up the last cabinet left untouched after my grandmother’s death, which happened three and a half decades ago. The desire to cleanse, the pressure of modernity or, more specifically, the pressure of postmodern consumerism, which demands more and more space for the items brought home after a successful shopping expedition, as well as the younger generations’ need for space convince me to give up on my pleasure, similar to my grandmother’s, to keep old and useless things which are still hard to throw away. It’s about five shelves choke full of objects collected ever since the 1930s. As I take them out, I see that they can be separated into two categories: a romantic one, that of beautiful and useless things, and a purely pragmatic category, of things useful in a household.

The former is represented by countless boxes: wooden boxes engraved before the First World War, while Grandmother was still in Austria and had this hobby, then perfume boxes, which, judging by their Jugendstil label, date back to the same period, a glass case for cosmetics, candy boxes made by brands such as Meindl, Mackintosh Quality Street, Suchard, Club, Excellent and an envelope from 1937 from “Vita” S.A. Candy Store, Timişoara, Regele Ferdinand Bd. 4, phone no. 46-99.

There are also Communist boxes from the Kandia and Dezrobirea factories, the latter with a surprisingly beautiful background, made of red or blue velvet. The boxes are full of embroidery threads, buttons, spectacle lenses, business cards, laces and more laces, keys, boutonnières, rubber bands, garter bands, and ornamental nails for armchairs. My grandfather’s love letters are next to envelopes and small, black bordered cards that Grandmother used to answer the letters of condolence received twenty-five years later, when Grandfather passed away. Countless photographs show Grandmother on trips, at parties, at a horse race (where, I wonder?), with small chic hats, elegant shoes, and a smiling little face. I also find the portrait of a baron, signed Walter, whom we, the grandchildren, used to jokingly call Walter von der Vogelweide because he was in love with Grandmother, but secretly loved by Mother. A leather kit with a pipe confuses me, because I didn’t know Grandfather used to smoke. A notebook of French composition exercises from 1914 starts with the fable of the raven and the fox retold by Grandmother and corrected by her teacher. It is continued in 1919 with Hungarian language exercises, proof that Grandmother was getting ready to come to the Banat, where she managed all her life with German and Hungarian, only needing a very rudimentary Romanian.

The practical category is represented by a soap holder, bulbs, five irons for clothes, not very old, but very heavy, a blood pressure monitor, a splint for fractures, a fan for flies, an ugly, Communist flashlight, and about four immersion water heaters of different sizes, used by my brother in the sixties, when he used to go to Costineşti and pitch his tent in the courtyards of the local peasants.

I also find there Ultra Rapid Photo Plateau glass photographic plates of 9x13 cm and all sorts of labels. The small, round and delicate ones were for the jam jars in our pantry, and the ugly school labels were for my notebooks. Next to them there are my school report cards, a book wrapper with the Habsburg eagle, and all kinds of receipts. One of them, sent in June 1947 by the Water Supply, Sewerage, Chimney Sweeping and Sanitation company of the Timișoara Municipality, indicates a consumption of 93m3 of water and a charge of 56.000 lei.

All the way in the back, a box of The Aro white stocking – The seal of elegance, full of pencils, some of them chemical. Among them, an address from Vienna: Hugo Forchheimer, Zweigniederlassung, Wien I, Schillerplatz 4. The Internet indicates a bank there now.

Amen! I have taken out everything. Some I give away as presents, some I throw away, and the rest I have moved to another cabinet. In there, the objects no longer have the atmosphere which I was used to, they no longer have the dust gathered over the course of decades, which has covered the order and femininity in my grandmother’s way of thinking and even her desire not to be forgotten. Of course, her memory will remain with me as long as I live, but the atmosphere in her cabinet got lost forever. Grandmother has died a second death.

„I was very pleased to find photos of Zeno Coste on your website, especially the one from the 1960s.

You probably don’t know that Zeno was a member of two popular vocal groups in Berlin in the early 1930s. With the “Kardosch Singers”, founded by Hungarian Istvan Kardos, he appeared on over 80 records and in a few movies, before the group had to split up in 1935. He stayed in Berlin for a few more years and kept appearing on the radio or singing in movies or with orchestras. For a brief time in 1936, he even was a member of the follow-up group of the famous Comedian Harmonists. At some point he went back to Romania, and that’s when we lost his trace. We had feared he had been killed during the war so I was so happy to find out that he survived!” 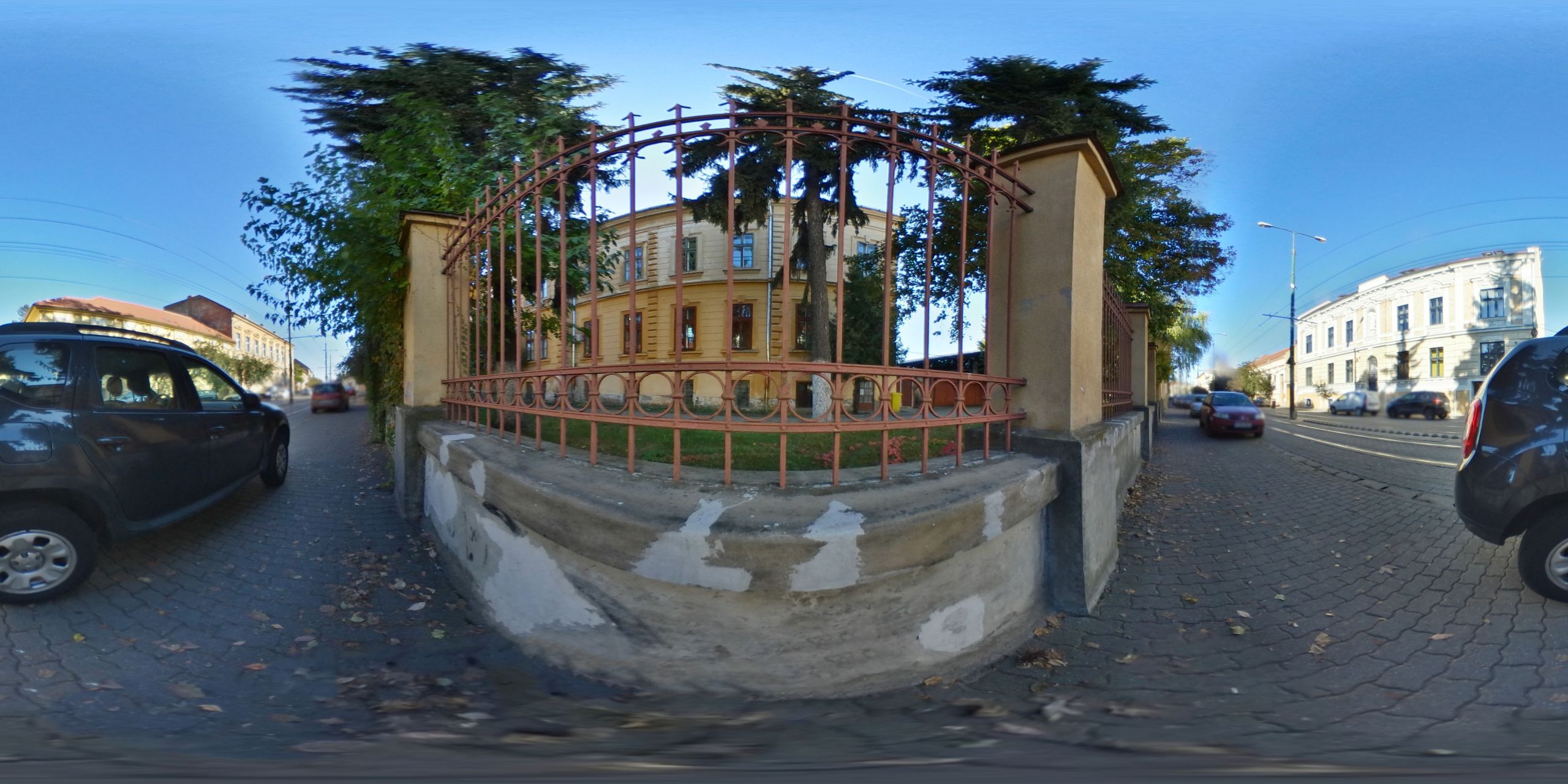 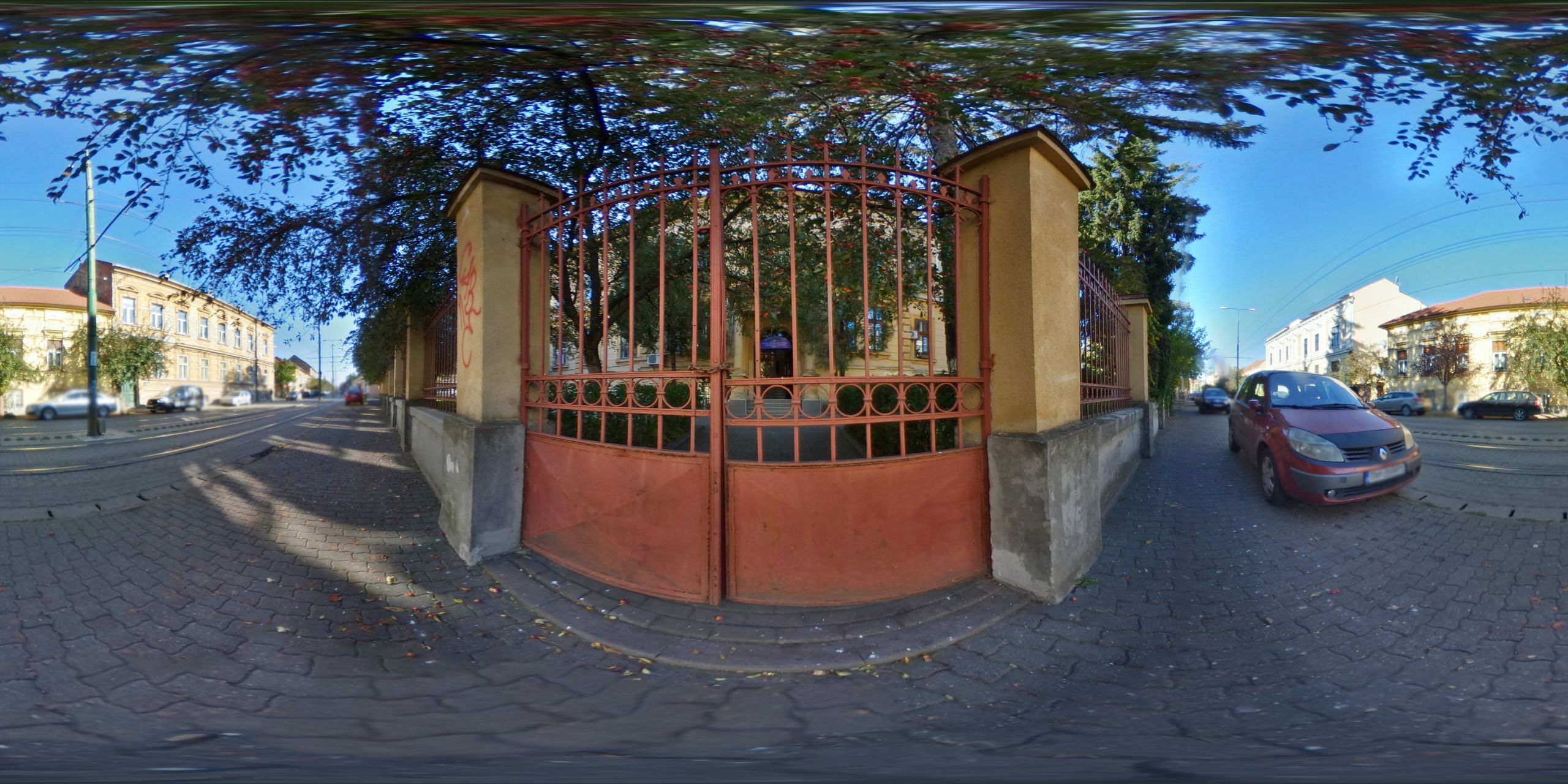 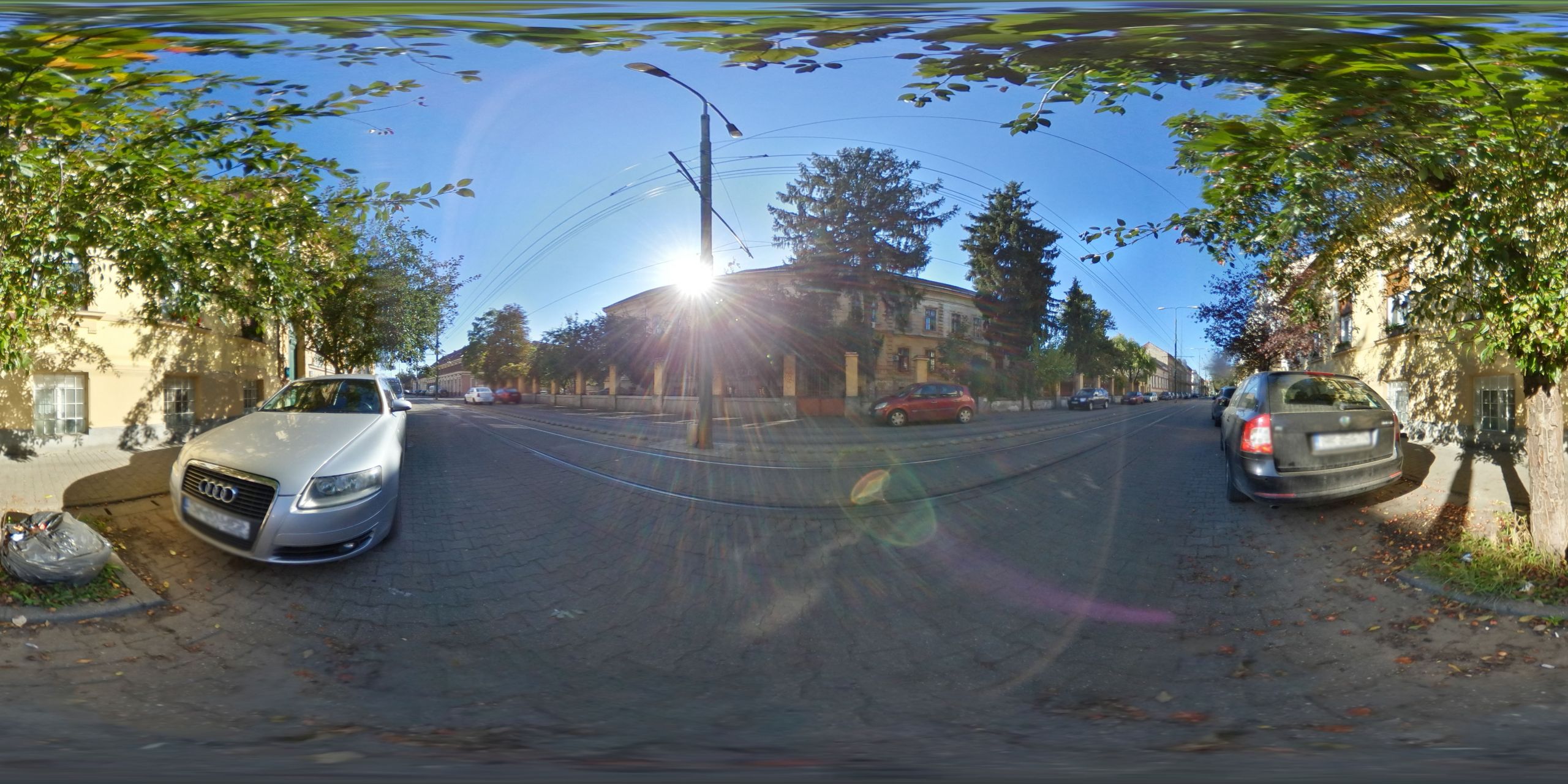 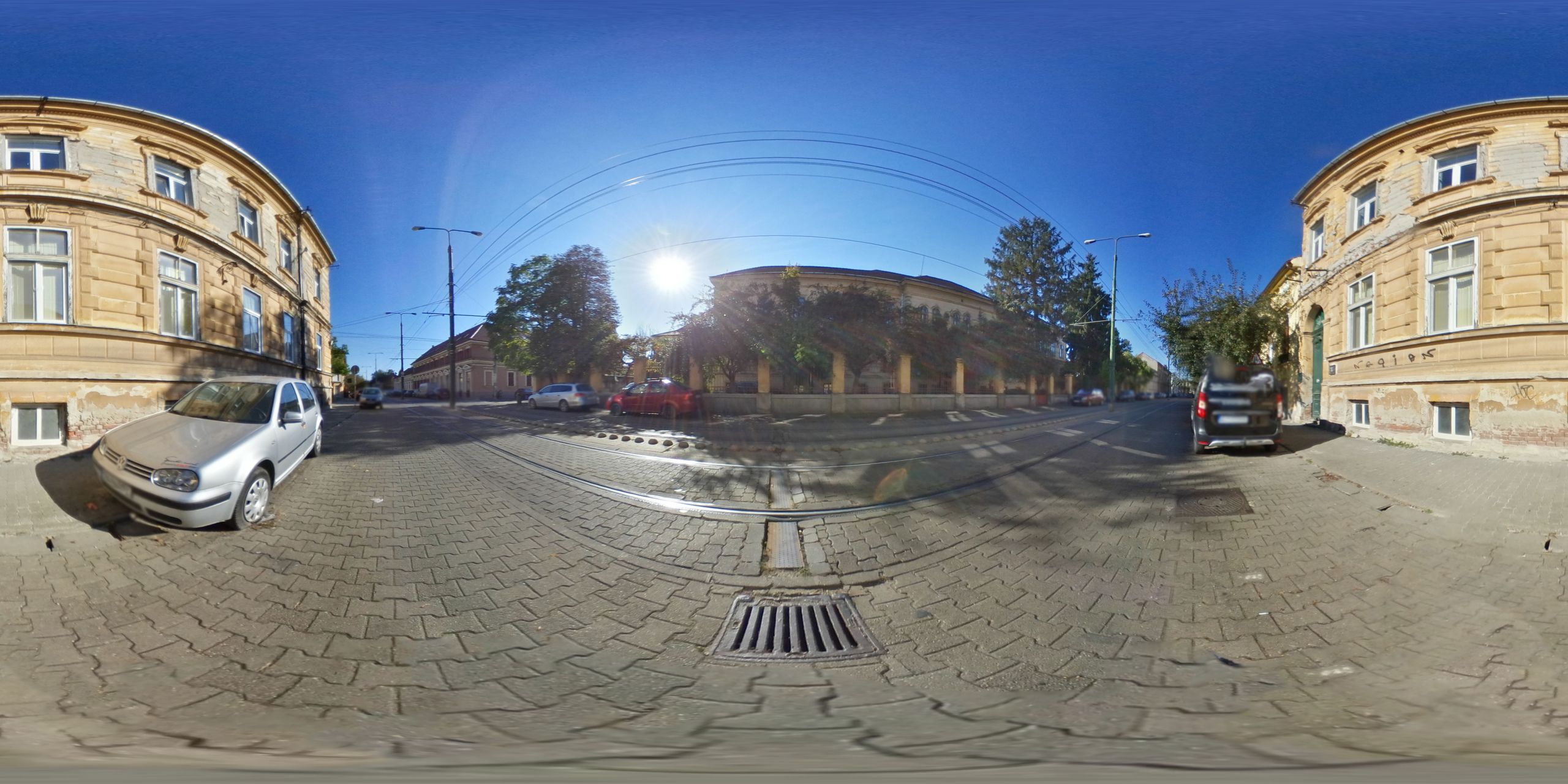