The house belonged to Ormós Zsigmond, a man of culture and founder of the Society of History and Archeology of Banat
Zsigmond Ormós House
 
Elisabetin 3

The house belonged to Ormós Zsigmond, a man of culture and founder of the Society of History and Archeology of Banat, the nucleus of the future Museum of Banat,

Ormós Zsigmond was born in Pecica (Arad County) on February 20,1813, attending here his primary studies. After a year spent in a high school from Arad, he attended the courses within the Piarist high schools from Timișoara and Szeged and then legal studies in Oradea.

He was a supporter of the Hungarian revolution of 1848-49, for which, after the defeat of the revolution, he was imprisoned for several months. After his release from prison he retired to his small estate in Buziaș. Being subjected to other harassment by the Neo-absolutism regime which looked at him with distrust, he rented his house and in 1857 he went to visit Italy.

Being educated in the spirit of classical Greek-Latin culture, he visited the great museums from Austria, Italy, Germany and France, studying the history of arts and becoming, at the same time, a passionate collector of paintings and art objects. He appreciated most the renaissance works and those from the period of classicism. After his return to Timisoara, he was elected first county-commissioner in 1867, and soon the supreme commissioner of Timiș, holding this function until 1889. In addition to the multiple duties of administrative nature he published several studies of history, archeology and art history and laid the foundations of the official painting gallery within the County House, the current headquarters of the Art Museum of Timișoara. He was a tireless traveler publishing in more volumes his travel impressions.

On July 25, 1872, at the initiative of Ormós Zsigmond, the Society of History and Archeology from Banat was created, the core of the future Museum of Banat, consisting in a group of intellectuals passionate about art, archeology and history, organized around the commissioner. The objects from the museum came from donations, archeological discoveries, but also from acquisitions. However, the core formed his rich collection, bequeathed by will to the museum. He was appointed president for life, succeeding in securing its first headquarters. By giving the community the full treasures from his collection, Ormós managed in building his legacy. He spent the last years of his life, in the house in Elisabetin neighborhood, in which, when his health allowed, he improved the collections donated to the museum.

The building located today on Bld. December 16, 1989 at number 25 has a special architecture, difficult to frame in a single architectural current. It belongs, as a stylistic lineage, to the end of the 19th century, with a type of volumetry that anticipates the 1900s style. The decoration of the façade uses neo-Gothic elements from the register of romanticism, probably of German-Hungarian descent, which we can observe at the crown of the main façade. The window frames with a semicircular profile on the ground floor are rather specific to Viennese eclecticism, and those on the upper floor uninhibitedly combine vegetal stucco details at the base of the windows with neo-Gothic details at the top of the window opening.

July 30, 1942 A scorching summer day. Even the birds try to escape the heat, hiding among the cool walnut leaves. All of a sudden the doorbell rings, pressed for a long time. Grandmother Netti wonders: “Who could it be in such heat and so impatient?” She sends Rozsi to open the door and the young maid lets in in the hallway an unknown gentleman, dressed modestly and seized by obvious restlessness. Beads of sweat cover his forehead, his collar is crooked, his face is livid, and his look resembles that of a hunted animal. “Küss die Hand, gnädige Frau, jó napot kívánok! Is the doctor at home?” “Who should I announce, please?” “I’m Aron Grünn, the clockmaker”, the newcomer answers anxiously.

Grandfather welcomes him warmly: “What brings you to our home?” He knows Mr. Grünn well, he had been his patient two years earlier. He had been admitted to hospital because of acute stomach pains and Grandfather decided to perform surgery on him immediately. He was afraid that the pains might be caused by a colon neoplasm, which could not suffer any delay. Since he had to stay in the hospital for a longer time, Mr. Grünn became an interesting interlocutor. He and grandfather began talking about the First World War, which they had both fought in, about the Night of Broken Glass in the Germany of 1938, when several synagogues and Jewish shops and houses were set on fire, about Kabala and golem. That is how Grandfather found out that, before incarnating into clay bodies, the souls of people were part of Adam Kadmon, the primordial man, a cosmic entity whose body was the solar system and whose organs were the planets. That is how he found out that Simon Magus created a little man out of nothing, by metamorphosing air into water, flesh and blood. Finally, that is how he found out about Sefer Yetzirah, where letters turn into raw material for creating the world, and about other mysterious things from the Talmud and Midrash.

By his unexpected erudition, the result of his readings in five languages, Mr. Grünn impressed Grandfather and Grandfather, in his turn, seemed like a good interlocutor, free of any anti-Semitic tendencies, despite his German origin. That is also why Mr. Grünn has come to him now:

“Haven’t you heard what happened in Iaşi?”

“They killed thousands of Jews. Doctor, please hide me, I’m afraid the same tragedy will repeat itself in Timişoara.”

Grandfather considers things. What if they found out that a German man was hiding a Jew? Won’t he have problems? But what can happen if he helps Mr. Grünn? Suddenly, he decides:

“Don’t go anywhhere, Mr. Grünn, stay with us. We’ll prepare a room for you in the basement; you’ll be comfortable there. We’ll lock the gate to the street and you can stroll in the garden without any worries. Also, at the back end of the basement, where we keep our firewood, there is a niche that you can reach if you clamber over the logs. Nobody can find you there. And beyond the glass-windowed door in the laundry room there are some steps which take you under the terrace. It’s a second exit in case of need”.

When Grandmother finds out about the decision taken, she gets frightened.

“But that means you’ll have to do the cooking for us!”

“That’s not really a problem and I would enjoy it. My schnitzels are so good that Mr. Grünn won’t forget them too soon. I will serve them the Viennese way, with blueberry jam.”

Two weeks later, probably bored with sitting around and missing his clock mechanisms, Mr. Grünn snuck away at night, willing to confront his destiny.

Years later, when Grandfather is no more and Grandmother is left with my mother, my brother and no income, when our friends’ villas were confiscated and they were thrown out into the streets or made to move into their own basements, our house did not get expropriated. Grandmother was convinced that she owed her good fortune to Mr. Grünn, who in the meantime had become a Communist. When he became part of the City Hall leadership, Mr. Grünn remembered Grandmother’s schnitzels and thought it wouldn’t hurt to try and help her somehow. 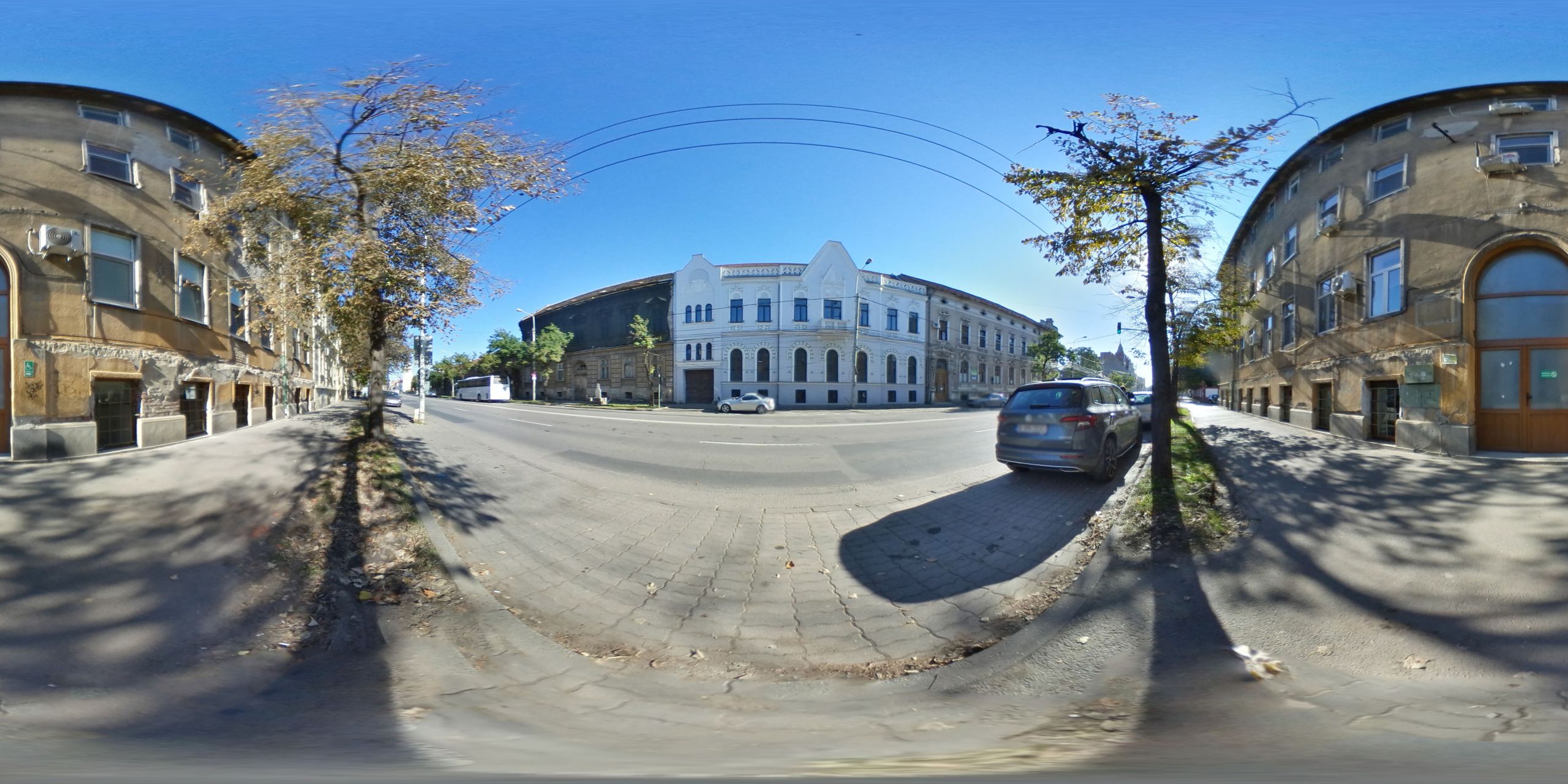 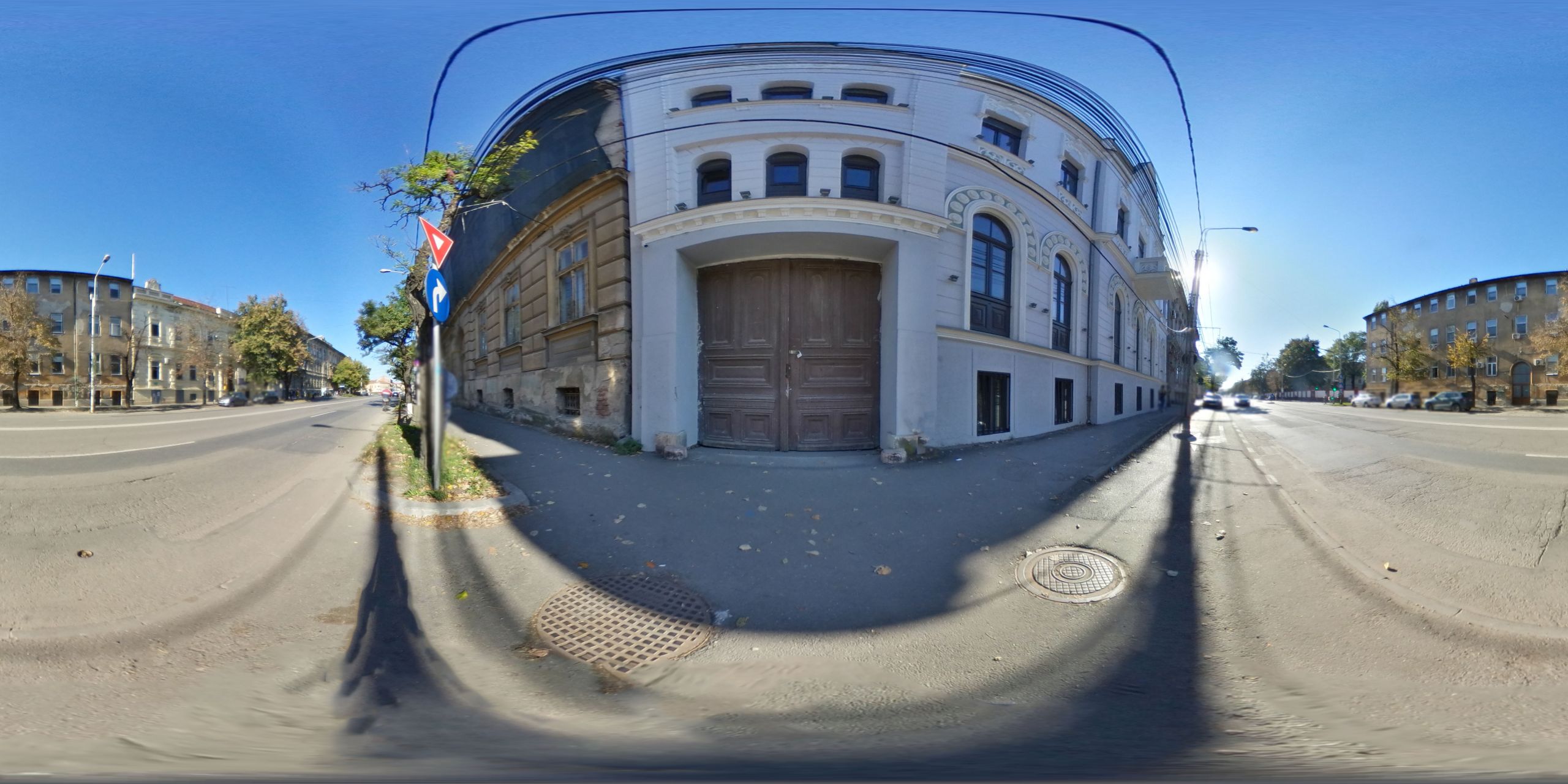 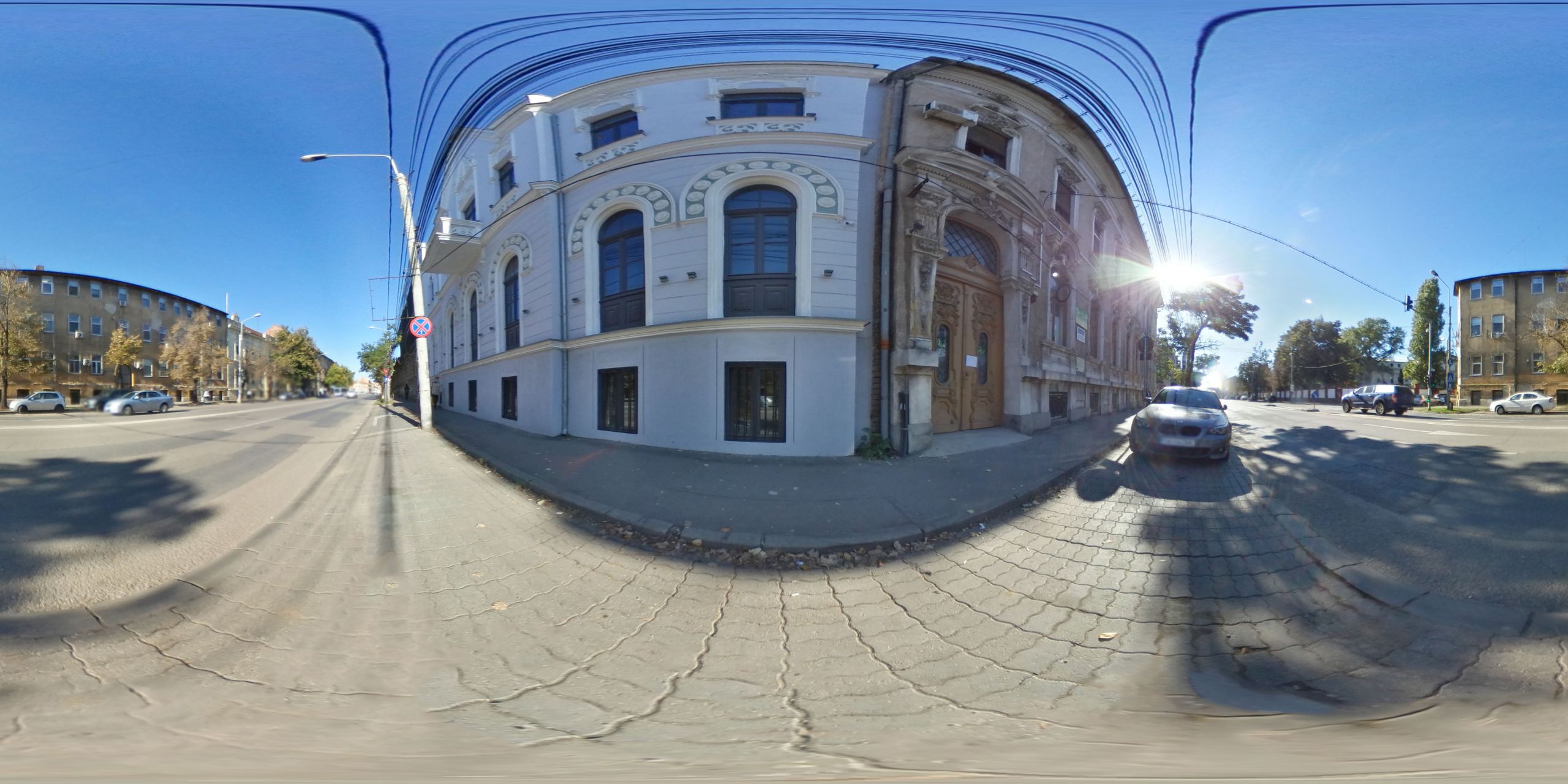